2018 marked a historic record in the creation of National Parks

The Chamber of Senators sanctioned the law that creates the marine protected areas Yaganes and Banco Burdwood II, reaching a historic record this year with the creation of six protected natural areas under the jurisdiction of the National Parks Administration.

The two new reserves are created within the framework of the National System of Marine Protected Areas (SNAMP) established by Law No. 27,037, whose enforcement authority is National Parks.

Its incorporation contributes more than 100 thousand km2 to the marine protected surface, constituting the first step to achieve the protection of 10% of the Argentine maritime spaces, as foreseen in the Strategic Plan for Biological Diversity 2011-2020 assumed by the parties to the Convention on Biological Diversity.

The Secretary of Environment of the Nation Sergio Bergman celebrated the sanction of the law and said: “Our country is complying with the agenda we set ourselves to conserve biodiversity through protection laws of marine protected areas. This achievement not only defines our identity as Argentines, but as inhabitants of the common house that we are going to leave to future generations “. 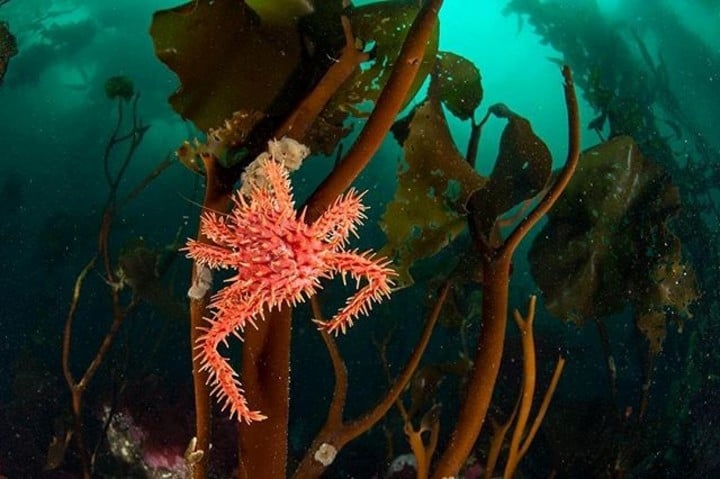 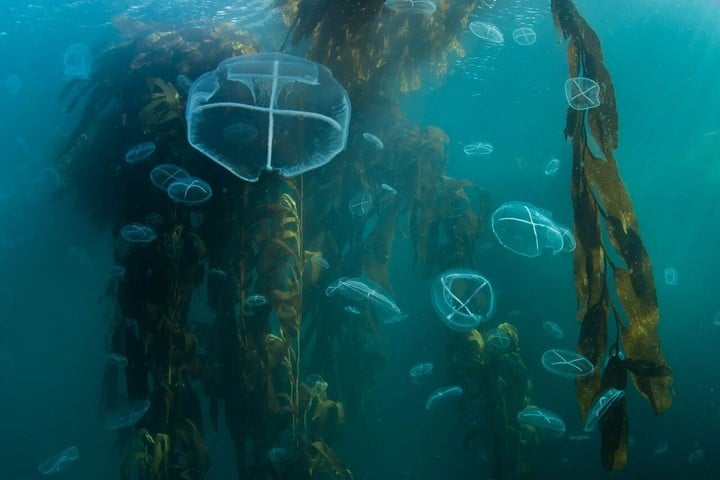 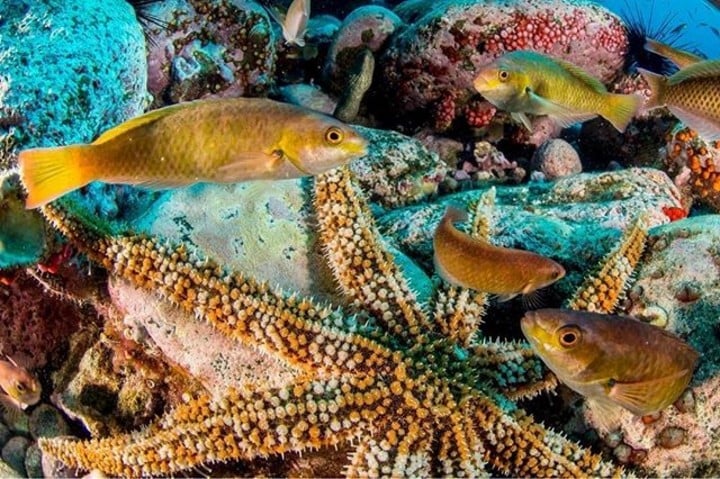 With this achievement, in 2018 there are six new national protected areas created in the provinces of Córdoba, Tucumán, Buenos Aires, Corrientes and the Argentinean Southern Sea. In this way, the historical record reached in 1937, year in which five national parks were created, is surpassed in the Andean Patagonia through a presidential decree.

The incorporation of these two areas contributes more than 100 thousand km2 to the marine protected surface. (Nat Geo)

The species that can be found in the new marine spaces created. (Nat Geo)

On April 18, Law 27,345 was enacted. created Traslasierra National Park, in Córdoba. This old rural property of 105 thousand hectares covers one sample of a key ecosystem: the southern region of Chaco Seco, strategic for the conservation of this seriously threatened biogeographic corridor. Characterized by forests, shrublands, natural pastures and saline environments, it is a natural refuge for the 161 species recorded birds, 24 mammals and 30 reptiles.

Law 27,451, promulgated on August 22, created Aconquija National Park, in Tucumán. The design of this territory of 70 thousand hectares establishes three new core areas in the Aconquija slope: two significantly expanding to the south the current Campo de los Alisos National Park, which will become an operational portal; and a core area in the north of the large projected National Park, represented by the Diaguita People’s Creek.

The Aconquija National Park is in the province of Tucumán. It has an approximate area of ​​70,000 hectares. (APN)

The Aconquija mountain range is an important area for the conservation of the Yungas ecoregion. Its natural resources and biodiversity are complementary to the development of local communities to ensure their quality of life and the sustainability of the historic productive activities of the Tucuman pedemonte.

Deer National Park of the Swamps

On October 29, the National Park Ciervo de los Pantanos, in Buenos Aires, created by Law 27,456. Its core zone incorporates the Otamendi Nature Reserve, which will integrate its 4,088 hectares with another 1,500 of the Luján River Natural Reserve, until then under the jurisdiction of the Province of Buenos Aires.

Deer National Park of the Pantanos. It is in Campana, province of Buenos Aires, and has an area of ​​5,288 hectares. (APN)

The Reserve area was designated as Important Area for the Conservation of Birds (AICA), in addition to protecting representative environments of the Delta ecoregions and the Paraná, Pampa and Espinal Islands. Flooding lowlands are home to most threatened species in the area, including the emblematic deer of the marshes.

The Congress of the Nation approved on December 5 the creation of the Iberá National Park, in Corrientes, which covers 159,800 hectares. (APN)

On December 5, the National Congress sanctioned the law of creation of the Iberá National Park. The final conformation of the protected area will continue with the incorporation of a more operational core to complete the almost 160 thousand hectares of the National Park. The approved law also contemplates the protection of another approximately 23 thousand hectares under the category of National Reserve, reaching a total area of ​​183,500 hectares.

The sanctioned law is the result of a process of consensus search for a policy of State of conservation and rational use of marine ecosystems, which included a broad intersectoral and participatory dialogue, with the holding of inter-ministerial workshops and a National Oceans Consultation. The process also involved the active participation of civil society and the private sector.

The incorporation of these reserves will provide more than 100 thousand km2 to the marine protected area, constituting the first step to achieve the protection of 10% of the Argentine maritime spaces, as foreseen in the Strategic Plan for Biological Diversity 2011-2020 assumed by the parties to the Convention on Biological Diversity.

How is the new luxury hotel of the Falls that Macri inaugurated?

A great adventure among petrified forests and cave paintings