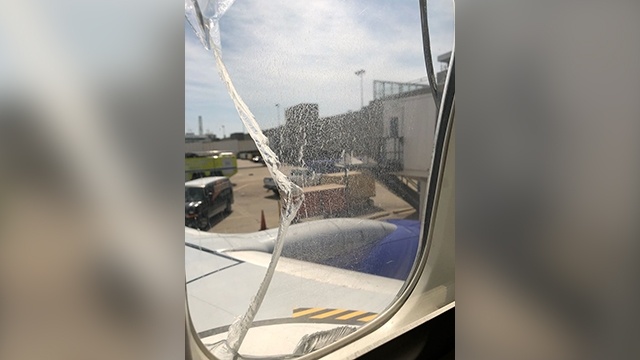 Unforgettable scenes we watched after a woman was partially sucked out of a broken plane window in flight, and now another broken window case on a Southwest Airlines flight 957, originally en route to Newark from Chicago. The flight had to intterupt and had an emergency landing at Cleveland Hopkins International Airport after a window was broken during the flight.

Passengers have tweeted pictures of the broken window.

The FAA is confirmed that there was an emergency landing furthermore problem is about the window.

Breaking: Kuala Lumpur-Singapore is now the busiest airport in the world