Cumalıkizik is a beautiful and historical village in the Yıldırım district of Bursa Province, situated 10 kilometers east of the city of Bursa, at the foot of Mount Uludağ. Build at the Ottoman Empire’s foundation period. Cumalıkızık is at UNESCO World Heritage List and has a worldwide fame.

The site illustrates the creation of an urban and rural system establishing the Ottoman Empire in the early 14th century. The property embodies the key functions of the social and economic organization of the new capital which evolved around a civic centre. These include commercial districts of khans, kulliyes (religious institutions) integrating mosques, religious schools, public baths and a kitchen for the poor, as well as the tomb of Orhan Ghazi, founder of the Ottoman dynasty. One component outside the historic centre of Bursa is the village of Cumalıkızık, the only rural village of this system to show the provision of hinterland support for the capital.

What to Do at Cumalikizik Turkey?

What to Eat at Cumalikizik?

You can start the day with an amazing traditional village breakfast. You should taste the beautiful local made bread which is made by special yellow bread flour. Many special fruit marmalade is being served and I recommend to you to taste blackberry and raspberry jams. You should taste the blackberry juice which is being sold by locals in the streets just only for a quarter cents. 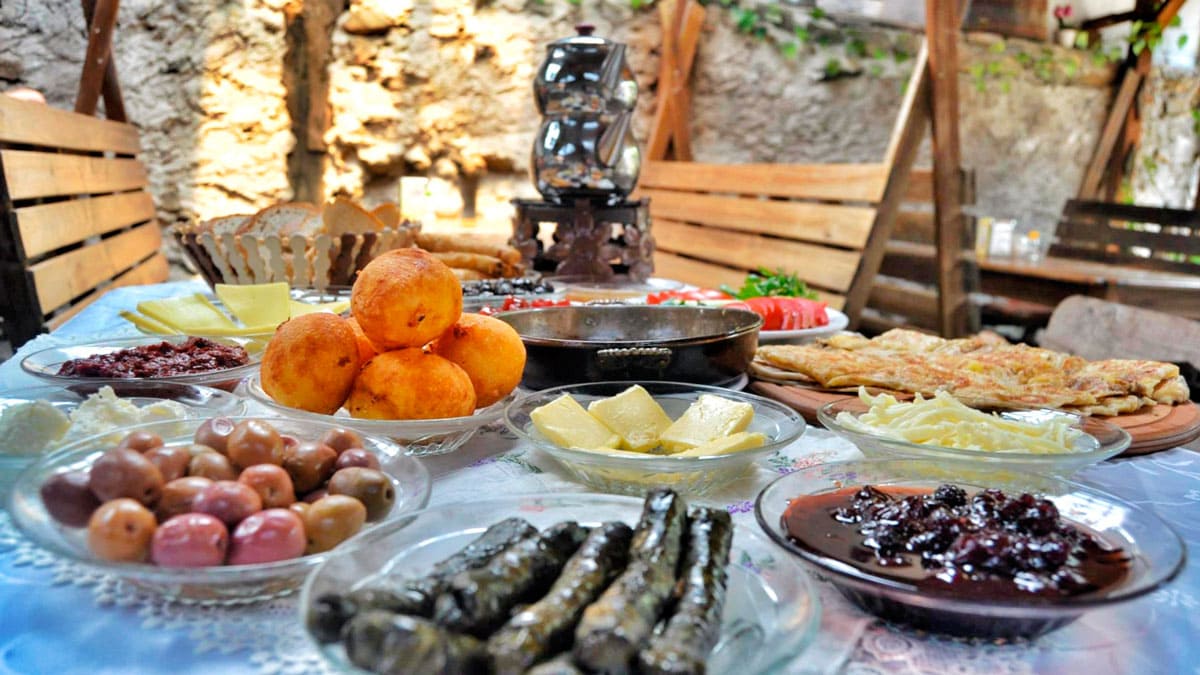 What to See at Cumalikizik?

The first think you will fall in love is the 270 historical houses mostly made by wood, adobe and stones. Half of the houses there are living local people inside. Mosque and little refreshment coffee places also so authentic. You can enter from a narrow door to reach a magical garden where you can get rest in a wide sofa or a on a carpet with having your Turkish Coffe cooked by local

What to Buy at Cumalikizik?

Many local people are selling handmade gifts at the streets. You can buy colorful model houses. Traditional clothes are very famous to buy from Cumalikizik. Or you can buy many interior decoration stuffs like wall clocks , carpets etc.

You can not resist to buy and taste the fresh local fruits which is selling in the streets by locals.

How Cumalikizik Survived from the Wars since from Centuries

There is a story about a survival tactics of Cumalikizik people. When an enemy army coming closer to the village locals are prepare some little provisions carried by a little child. The child is get caught to the enemy soldier on purpose. Enemy soldiers are questioning the child about the army at Cumalikizik. Is there an army, how many soldiers in that army, are there weapons etc. And child was answering with the scary feedback for the enemy. “There is a very crowded army waiting for the enemy and we are feeding them with these foods we are carrying” in spite of no army located in the village.