European Best Destination 2019: Budapest the city to discover this year.

Italy is back on the podium of European tourism. But it does so with the location that does not; aspects : Monte Isola, on Lake ; Iseo, Lombardia. Following a trend that has been going on for some time, however, this year translates into a small revolution. The 2019 edition (the tenth) of the EBD – a sort of “Oscar of the journey in the old continent” – confirms the opportunity to highlight alternative destinations. Subvert the traditional hierarchies. The large European cities, although included in the list of candidates, except for rare exceptions enter the ranking.

In the end it is true that to impose itself is a capital among the most loved – Budapest (Hungary) – but it is also true that behind her there is a row of outsiders: in second place, in fact, we find Braga (Portugal); to the third, as seen, Monte Isola (Italy).

Almost none of the fifteen recommended places for 2019 are obvious. These are choices that often do not even come close to the main itineraries. Places that you visit on the second or third trip to that particular country. But that, for the European organization (based in Brussels) that gives the name to the award and to the tourism offices of the various countries, they have been able to promote themselves to the best in the last year. For this, they deserve particular visibility in the next twelve months. Although, in the end, to decide the European Best Destination 2019 it was directly users who, by voting online, have reduced the number of suitors of high-sounding names (such as London, Paris, Berlin, Vienna), decreeing the success of the Magyar city.

Therefore, it is triumphing Budapest. A destination always very popular among European citizens, especially for short holidays, which relies on its rich artistic and cultural heritage. But that knows how to renew itself constantly, keeping up with the times. Perhaps for this reason too, in parallel, it has been awarded the title of & # 039; European Capital of Sport 2019 & # 039 ;. Two cities in one: the historical and hilly Buda on one side and the populous and flat Pest on the other, divided by the Danube river (the longest navigable basin in the European Union). Churches, museums, historic buildings – including the St. Stephen’s Basilica, Matthias Church, the impressive Parliament building, the great synagogue of the Jewish quarter, the many bridges – are the testimony of the thousand faces that the Hungarian capital it has taken over the centuries (including the imperial headquarters, until 1918). A passage in the thermal baths built during the Ottoman domination (Gellért, Király, Ruda) and in the most modern ones (such as the Széchenyi baths, the biggest European spa) is inevitable. While for those who want to take a dip in nature, just reach the Margaret Island, a few meters from the banks of the river.

From east to west. All other scenario in the city that gets the second place in the EBD 2019 ranking: Braga, in Portugal. Ancient Roman settlement, founded more than two thousand years ago (with the name of Bracara Augusta), the history of Braga is closely linked to the Catholic religion (it was the first bishopric of the Iberian peninsula). The main places of interest are therefore all of a religious nature: from the Cathedral to the Sanctuary of Bom Jesus di Monte (positioned at the top of a hill, at the height of a monumental baroque staircase), from the Shrine of Our Lady of Sameiro to the Palace Episcopal and his garden of Santa Barbara. By combining these two elements – Romans and religiosity – it is easy to understand why it is also known as the & # 039; Portuguese Rome & # 039 ;. Here, however, not everything is spirituality. In fact, in September, Braga hosts the & # 039; Notte bianca & # 039; longer than the old continent: 48 hours non-stop music, dancing, art, shows and entertainment. 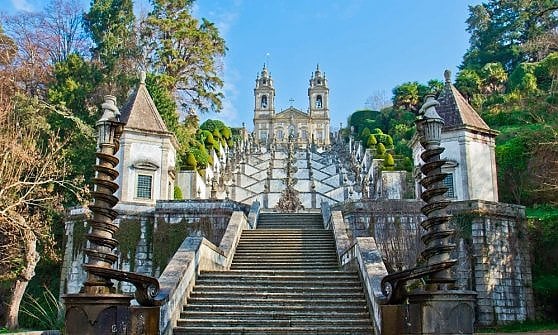 And here we are. L & #; Italy, after a year of transition, is back at the top of the European Best Destinations. You stay in Lombardy (Milan was second in 2017 and, still she, in 2018 got a good sixth place) but with a location that is opposite to the bustle of the city of Milan. IS Monte Isola, a real green mountain – with its 600 meters above sea level is among the highest lake islands in the EU – that emerges from Lake Iseo. A pearl of just five square kilometers (with a perimeter of less than ten kilometers) facing the Brescia side of the lake, where cars are banned for a long time and where only 1800 residents are allowed to drive motorcycles. The others, after having docked, must move on foot, by bicycle or using small buses to touch the thirteen fractions of which is composed Montisola: Siviano (where the municipality is located), Port of Siviano, Senzano, Olzano, Carzano (where every five years the Feast of Santa Croce takes place, during which the streets are decorated with paper flowers), Sensole, Peschiera Maraglio, Menzino (with the Fortress), Masse, Novale, Sinchignano, Cure (with the Sanctuary of the Madonna della Ceriola , at the top of the mountain); to which we must add the two islets of Loreto and San Paolo. A place whose fame has certainly benefited from the event Floating Piers, the installation of the celebrated Bulgarian artist Christo, who connected her to the mainland in the summer of 2016.

A territory with an agricultural vocation that has its trademark in fishing: already in the year one thousand here were produced boats and craft networks (in Siviano ; it is also the Museum of fishing). A green lung – the woods still occupy a large part of its surface – which made respect for the environment a source of pride. Contributing to the double success of Monte Isola: in addition to the bronze medal EBD 2019, it was indeed also referred to as a destination EDEN – European Destination of Excellence 2019 (recognition that the European Commission assigns each year to one of the finalists for the commitment to environmental tourism). But Monte Isola is not new to exploits like this: the most attentive will remember that, in 2016, it was precisely in these parts that Christo decided to install his artistic creation ; The Floating Piers ; floating walkways that allowed you to walk on the water. Making Lake d’Iseo and Montisola famous all over the world.

Instead he stops at the foot of the podium Metz (North-eastern France), where the past and the future meet harmoniously, with historic buildings that alternate with the projects of contemporary archistars. Two examples? The Museum of the Cour d’Or, which preserves collections that show the evolution of the ancient village, and the brand new Pompidou Center (rib of the Parisian one), with modern art exhibitions. Not to mention the renowned Christmas markets and the annual flea market in the district of Outre Seille. Immediately behind (fifth place) we find the winning nation of 2018: Poland. Twelve months ago Wroclaw (Wroclaw) was the Best Destination, this time it’s up to Poznan, one of the most important cities in the country. The scenario, compared to those who preceded it, does not change much: is the great Rynek (the market square) with colored houses; it is the Renaissance Town Hall, there are buildings medieval, there is a lot of green (as in the park of the Citadel), there is a lot of forward momentum (with international festivals, like the one dedicated to the violin or the one reserved for the ice sculptors). 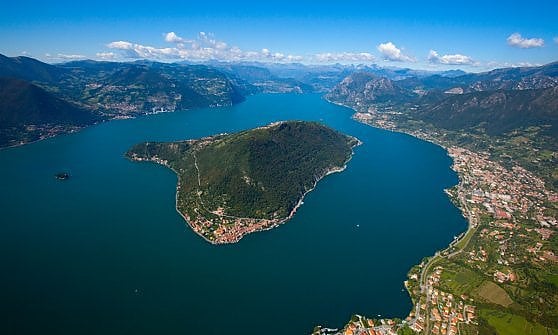 In sixth position; rum raisin (Spain). Around three thousand years of history – the first traces date back to the Phoenician era – for this city of Andalusia that overlooks the southern part of the Mediterranean. not far from the Strait of Gibraltar; position that guarantees them around three hundred days of sunshine all year. But his fame, in recent years, is mainly due to the amount of museums that can accommodate (forty), including the Picasso Museum, the Carmen Thyssen Museum, the Pompidou Center (first branch outside of France), the collection of Russian Museum of St. Petersburg. And then there are the traces of Roman Hispania, of Muslim domination and of Catholic kings. A decidedly colder climate in seventh place, where there is space for another lake resort, much larger than Monte Isola: it is the most modern Geneva – on Lake Lemano, Switzerland – thanks to its position in the heart of Europe and an economic centrality on the continental scene. But there is no shortage of history (do you know anything about Rousseau or the Calvinist Reformation?) And nature (with the most famous alpine peaks just a stone’s throw away). While the eighth box is occupied by Cavtat (in Italian Ragusa Vecchia), in Croatia, on the Adriatic coast: area of ​​bays, crystal clear sea and uncontaminated environments, very close to Dubrovnik and the rural area of ​​Canali (Konavle).

One of the undisputed protagonists of the 2019 edition of the European Best Destinations is definitely the Danube, since another of the cities in the ranking (the ninth) is washed by the long river. And it is another capital: Bratislava, in Slovakia. Its peculiarity is that of directly bordering two states (Austria and Hungary) and being very close to the big capitals of central Europe (Vienna and Budapest are just a stone’s throw away). Which makes Bratislava a very good & # 039 headquarters & # 039; for touring tours in this geographic area. In the city, do not miss the triangle whose summits are the Castle, the UFO Tower and the Cathedral of San Martino. Turquoise sea and pure relaxation are, instead, the fundamental coordinates of the tenth goal EBD 2019: Sainte-Maxime (second representative of France), a haven of peace in the Gulf of Saint-Tropez, nestled between Provence and the Côte d’Azur. To admire “La Pointe des Sardinaux” (also known as the “small Corsica”) and the red rocks of the massif of Estérel. At the eleventh place, more than a place we find a postcard: Dinant (Belgium). Framed by the rocks and the river Maas the symbols are undoubtedly the Collegiate of Notre-Dame, in black stone, with the characteristic onion dome and the fortress that stands out from the Citadelle. Curiosity; here was born Adolphe Sax, inventor of the saxophone (to whom a festival is dedicated).

The final quartet opens with the first of the ‘noble lapses’: Athens (Greece) which, despite all the problems, has been able to set up a menu of activities able to entice the tourists of the old continent, focusing above all on the xenia (hospitality), designed right here. In its wake an emerging destination that is confirmed among the top15 after twelve months: Kotor (Kotor), in Montenegro, thirteenth; Le Boka Kotorska ; (the Mouths of Kotor) have been accepted for almost twenty years in the club of the most beautiful bays in the world. For those who go in August, there is also the opportunity to celebrate the international summer carnival, with the parades of floats and masks. Another replica for the fourteenth: Line. The capital of Latvia loses some positions but remains in the category of Best Destinations, thanks to a successful mix of nature (hills, islands, beaches, forests, lakes), architecture (Romanesque, romanticism, baroque, classicism, Art Deco and Nouveau mixes ) and innovation (many startups plant roots here). The European Best Destination 2019 ranking closes with the second ring for Italy, and this time there is no need for presentations: it is Florence.

Aspen: beyond the snow

From Rio de Janeiro to Venice, this is how Carnival is celebrated in the world