From Milan and Venice to the heart of Europe. That is, up to Munich, Vienna, Salzburg or Paris. Embarking on night trains. A comfortable, alternative and also extremely poetic way to move between the cities of the Old Continent. Making the most of vacation days, thanks to night departures. With a crossing made on the various Thello or ÖBB Nightjet it is in fact possible to cover long distances without losing a single moment to visit the destinations. Going down to the station ready to visit.

It seems like a strenuous formula and yet, with the exception of time, the night train in turn saves several other forms of stress: the driving one, the one to look for a transfer to the city center (since the stations are all close at hand and almost always in strategic positions), and in the end also the tiredness, since you can rest: just get off the train and you are ready to explore. Trainline, the platform to book buses and trains throughout Europe, has found some of these routes for four of the most fascinating destinations in Europe, evaluating their average cost and duration. 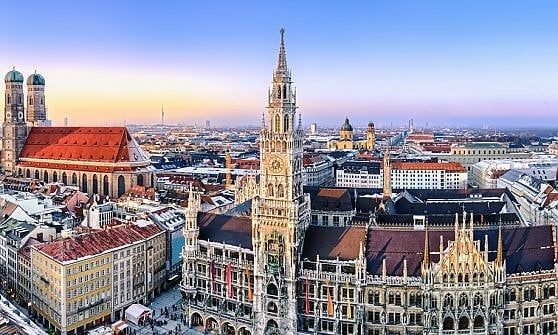 It starts with Munich with the Old and the New Town Hall that frame the wonderful Marienplatz, the square dedicated to the Madonna, and the famous Glockenspiel right on the facade of the New Town Hall, famous and spectacular carillon clock that, thanks to its animated statues, offers a unique show at any time of the year. Going by night train from Milan Central Station costs 98 euros and takes less than 12 hours. From Venice, however, the hours go down to 9 but the price goes up to 128 euros.

Like all the cities of Central Europe, Vienna also shows off a special charm in autumn and winter. Species with the Christmas climate that mounts. If you are lucky, from the beginning of November you can see the first snowfall of the season and in this context the castle of Schönbrunn, the imperial royal palace, becomes an even more enchanted place. Do not miss the Kunsthistorisches Museum, the city’s main and one of the oldest in the world, where you can admire among others some of the great masterpieces of Albrecht Dürer, Jan Vermeer and of course Gustav Klimt. Reaching the Austrian capital from Milan costs 98 euros and takes 13 hours, by night train from Venice less than 11 hours and from 103 euros. 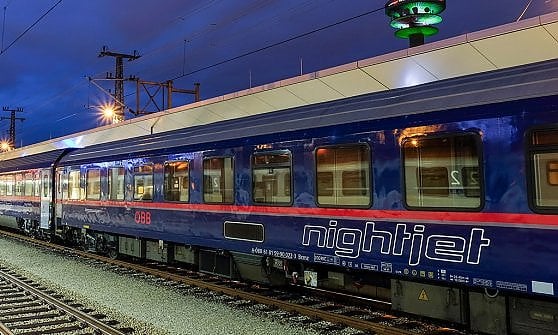 Obviously all railway fares have been selected on the platform with departures and re-entries strictly scheduled after 18.00. In particular, the simulation – carried out on October 19th – includes the departure for November 22nd and the return for November 25th. However, it should be noted that the prices shown are per person, round trip, but in a mixed berth of 6 squares. So they are destined to grow by choosing different solutions.

To escape to Paris, on the other hand, it takes just 70 euros and 10 and a half hours from Milan and less than 14 but at the same price. On the other hand, the Ville Lumière unleashes even more charm in the cold season. You can visit the whole world in one city, simply crossing its neighborhoods in constant counterpoint: Montmartre and the Latin quarter, Marais and the 20th arrondissement. Without forgetting the prestigious culinary culture and iconic places, from the Eiffel Tower to the Arc de Triomphe up to one (partial) visit to the Louvre. For Salzburg, which is more than the city of Mozart (where the brilliant musician and composer was born in 1756 in the so-called “Casa Hagenauer), it takes 9 hours and a half from Milan to 98 euros and 7 hours from Venice, always the same figure. From above the Hohensalzburg fortress stands on the historic center (Altstadt), a small architectural jewel, declared a World Heritage Site in 1997. As fans of the genre know in the winter, the city is filled with colorful theme markets.

France, in Roubaix, reopens the museum in the Art Deco Pool