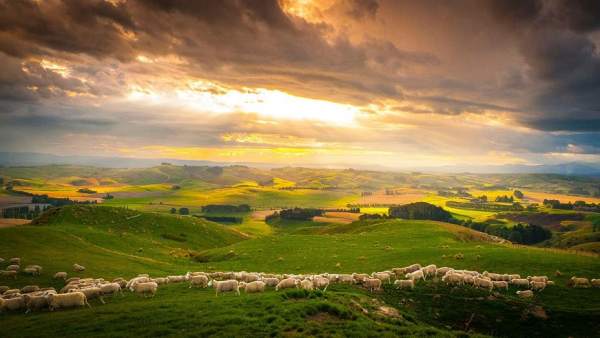 New Zealand is an emerging tourist destination; It offers magnificent mountain landscapes and idyllic coasts for lovers of sports and adventure. And of all this we already had a magnificent spot in the form of a movie: The Lord of the Rings. There we saw, for example, Tongariro, the Glenorchy forests or the Shotover river.

Mountains, rivers, volcanoes, meadows, fjords, glaciers, lonely beaches, farms … in New Zealand there is everything. Maybe, as they say in Rumbo, it is one of the most complete and beautiful countries on Earth. In addition, it is considered the cradle of adventure tourism. If you dare to know this country, a trip that given the distance and the price you have to prepare well, take note of its essentials. This online travel agency recommends, at least, these five.

Considered by many as the eighth wonder of the world, this fjord is located in the southwest of the South Island, in the National Park of Fiordland, declared a World Heritage Site. Take one of the boats and travel through the dark blue tongue of the Tasman Sea that meanders between those walls of up to 1,200 meters. Hiking in the park is another option.

The glaciers of Fox and Franz Josef

In the South Island we find the two most famous ice languages ​​of the country. Separated by a few kilometers are the Fox and Franz Josef glaciers. You can visit in various ways: ice tour, helicopter scenic flight, climbing or a simple walk through the glacier valley. Of the two, perhaps Franz Josef is something more accessible and spectacular.

The Tongariro volcano stands on a barren land, with scarce vegetation, where lagoons are colored by the acids and bacteria of its bottoms in a land that is red, black and gray. Tongariro was chosen by the experts as the best trekking tour of a day in the entire world. Steep slopes and steep descents in a circuit breaker. For something Peter Jackson chose this place to be the Mordor of his films.

Located in the center of the North Island, the Waitomo cave system attracts a large number of tourists each year. Being flooded with water, you can explore dressed in neoprene suit, helmet with light and mounted on an inflatable tire. The main attraction is made up of the famous Waitomo fireflies. The Arachnocampa Luminosa is an endemic species in New Zealand and causes the roof of some of the cavities to look like a celestial vault on a clear night.

At the northern end of the South Island, it is a coastal natural park where you can discover secluded beaches, dense forests and cliff areas. There are infrastructures to be able to camp and it is the perfect place to observe a large number of endemic birds. Another way to explore the Abel Tasman is by kayak.