Ossana, the country of the nativity scene becomes international - Best Places To Visit

Ossana, the country of the nativity scene becomes international

There are the coffins crammed with tiny nativity, the wooden huts with ox and donkey built in the gardens and parks of the town and the nativity scenes that make a suggestive setting for concerts. In all of this year the nativity scene of Ossana, a village in the Val di Sole which has more nativity than inhabitants, has become over 1500. This year the Municipality has decided to broaden its horizons and to combine its vocation. of “country of nativity” with international help.

To enrich the already varied collection of cribs, in fact, there have arrived 100 works from Venezuela, for which the Trentino Council has organized an expedition to put them safe from the disturbances that are upsetting the South American state. The Venezuelan nativity will be exhibited in the most evocative streets of the town and in the Castle of San Michele, where the classic markets will also be set up and a futuristic sleigh that, thanks to virtual reality, retraces the journey of Santa Claus.

Ossana, whose 1400 cribs are about four times more than the resident families, has become a regular destination for “Christmas tourists” (over 25 thousand last year) able to attract visitors as much and more than the famous traditional markets of the North. From November 30 to January 6, however, see the crib Ossana will also give way to reflect on the value of solidarity and on the unfathomable ways in which we often find ourselves able to help others.

Ossana. The country-crib in the Val di Sole

The history of the exhibition of Venezuelan works, in fact, is based on an experience of social inclusion. The Municipality of Ossana received a special request for help from an elderly Venezuelan lady, the mother of a girl who has lived in the village for 15 years. Mrs. Gimenéz, who knew of the particularity of the country where her daughter lives, wanted to send in Trentino some representations of the Nativity realized by Venezuelan artists, of whom she had collected.

“My mother Carmen has created a collection of handmade cribs – her daughter Lisbeth Giménez has told – Everyone is made of poor and recycled materials. Fabric, clay, terracotta, wood, plant ivory of the rainforests. Everyone has his own story “. One in particular is the artist Carlos Hernandez of Valencia (150 km west of Caracas), whose works, which tell the tradition of the nativity scene spread among the tribes that still live in the tropical forests of the country, have earned him the recognition of Intangible Cultural Heritage of Humanity from Unesco in 2005. “These nativity scenes represent the beauty of the roots of our blessed, multicultural, open, marvelous land, which is going through a terrible moment”.

The Municipality of Ossana has thus accepted Mrs Carmen’s request and has organized the sending of the nativity scenes and collected the necessary funds, overcoming the thousand bureaucratic difficulties that are not lacking even for a shipment of Christmas works. “We are happy that our collection is enriched with such special works. Sign that the event grows and becomes more significant year after year “commented the mayor of Ossana, Luciano Dell & # 039; Eva. 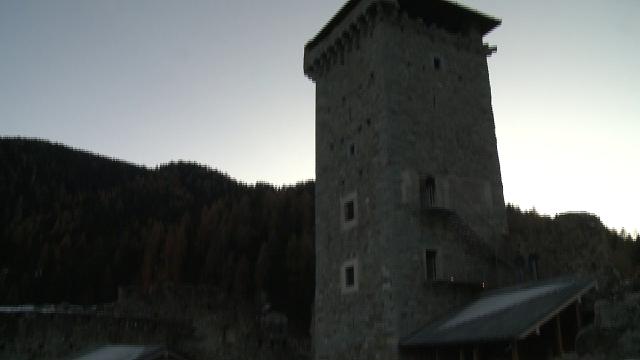 The experience of the crib country is fascinating. Each work has its own particularity and to explore it has both cultural and emotional value. Among the hundreds of representations some have great artistic value for the quality of the workmanship and the materials used, other historical importance because they represent the local traditions or social aspects of the past. C & # 039, is, for example, a nativity scene dedicated to the Great War (which ended exactly one hundred years ago) that tells an episode of “separate peace” that took place on Christmas night; the crib contained in a historic residence of Ossana (Mas dei Voltolini) built two years ago on the occasion of the 60th anniversary of the aerial tragedy on Mount Giner at 2600 meters, on December 22, 1956, and the collection of cribs contained in the fifteenth century Frescoes.

And the visit can be done without the stress of traffic congestion and with the awareness of doing something for the environment. Ossana, elected last September “the greenest village of Italy” among 9 thousand Municipalities from the Tourism magazine Weekend Premium, has wanted to keep its record and has foreseen a plan of “sustainable mobility”, so tourists living in the municipalities neighbors can arrive with the ski bus that for the occasion will be extended until 19. Moreover, all the historic center of Ossana has been made pedestrian, relegating the cars in two parking lots outside the country. Finally, the municipal administration has redone the entire lighting of the city center, using low-consumption hot LEDs. “It seemed a tangible sign of sensitivity. Even more appropriate given the signs that nature has sent us in recent weeks and that have also touched our beautiful Val di Sole, “said the mayor of Ossana, Luciano Dell & # 039; Eva..