The Biggest Airport in the World Istanbul Airport is Open Now

“Today we live together two great happiness. We are inaugurating our airport. I wish the airport to be beneficial to the whole world. We are proud of the 95th anniversary of our Republic.

Istanbul is not only our biggest city but also the most valuable brand in our country. For this great work that we have done in this priceless city, we gave its name to ‘Istanbul’.

“ATATURK AIRPORT WILL CONTINUE TO SERVER WITH THE SAME NAME“

The first phase of Istanbul Airport has a capacity of 90 million passengers, up to 200 million. All stages are expected to be completed by 2028. This airport will continue to grow for 10 years. 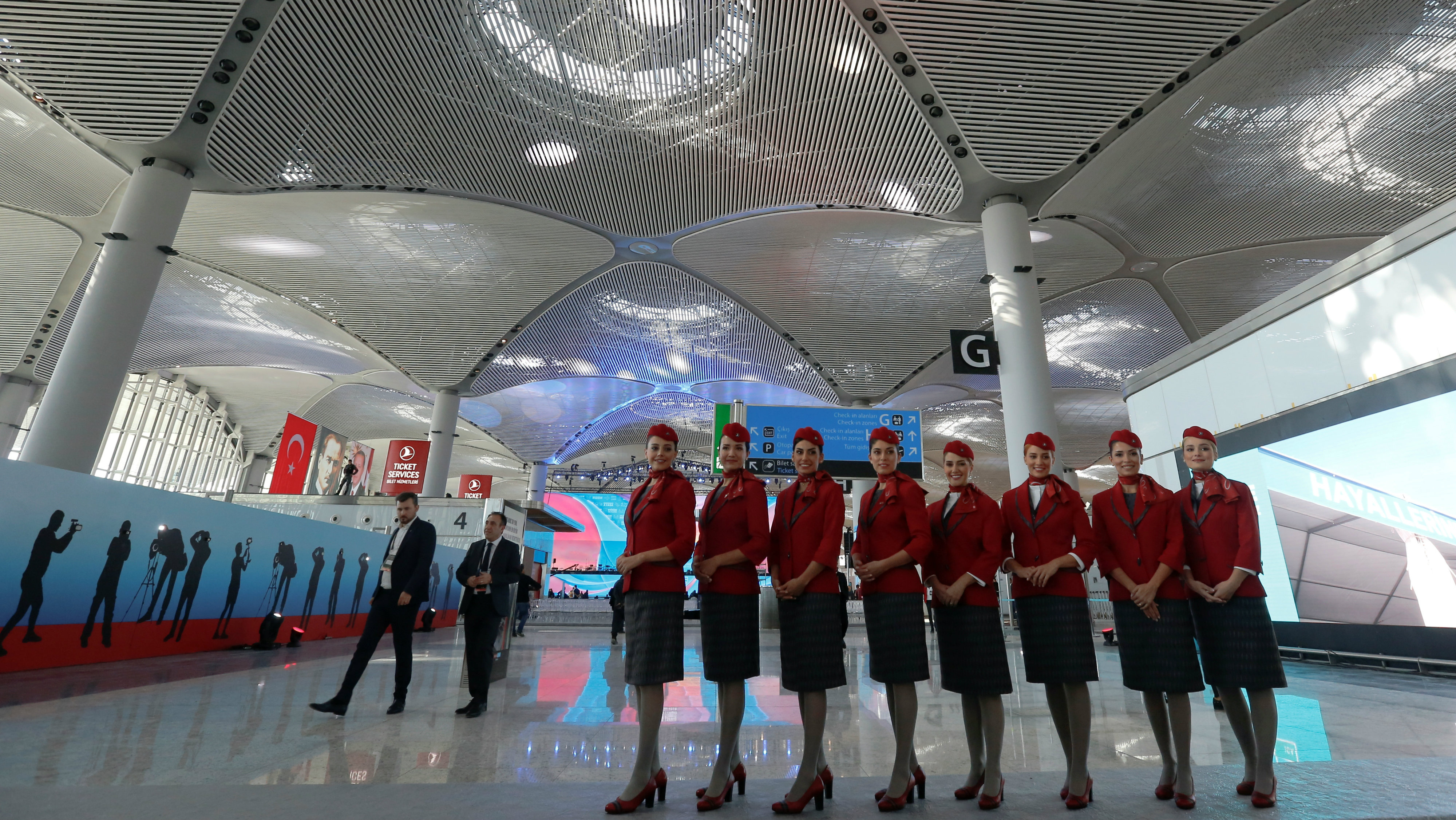 120 thousand people will serve for the services in our airport, which is a project that produces its own energy, is environmentally friendly, nature friendly and unimpeded. The city center will be provided with alternative transport facilities by road, rail and sea. This project cost 10 billion 247 million euros. 22.1 billion euros to be paid to the state. A total of 32.4 billion euros represents the economic size.

“THE PROJECT WILL BE AN REFERENCE IN THE WORLD”

I would like to thank to all of the public institutions, banks, contractor companies, subcontractors, engineers and engineers who contributed to this project from the study to the construction and operation. We consider Istanbul Airport not only to our country but also to our region and the world as a great service. The airport is a project that will be a model for our country with its architecture and construction as well as the financing and financing of our country. With the breakthroughs, the turnover of our aviation sector increased from USD 2.2 billion to USD 25 billion. With its 40% savings in energy and water efficiency and technology-oriented management, this will serve as a smart airport addressing the future world.

“FLIGHT ROUTES BETWEEN CONTINENTS WILL CHANGE”

With the launch of Istanbul Airport, European air space will need to be restructured. Since Istanbul will be the most important transfer point, the routes of intercontinental flights will also vary greatly. It is not a coincidence that this work, which will mark the history with its location and features, was built in our country. “

Private airplane “CAN” carrying President Erdoğan landed at the airport in Istanbul for opening at 16.25.

President Erdoğan and his wife Emine Erdoğan were greeted with an official ceremony on the new airport apron.

Later on, Erdoğan went to the terminal building and went to the THY convention, where tickets were traded with electric vehicles. The officials also gave Erdoğan the boarding pass in memory of the day.

THY officials gave the first ticket to President Erdoğan.

YILDIRIM: ONE OF THE TARGETS IS NOW A REALITY

Speaking to the Parliament Speaker Binali Yildizim, “This is an unnamed heroes of architects, engineers and workers working 24/7. They deserve the biggest of the congratulations. One of the aims of Kemal Atatürk to exceed the level of contemporary civilizations has become a reality with this opening. Iyet MINISTER TURHAN: ONE OF THREE OF WORLD POPULATION TO BE CONNECTED IN ISTANBUL

Transport and Infrastructure Minister Cahit Turhan, Istanbul Airport, one-third of the world’s population will be connected directly to Istanbul and can reach anywhere in the world using the airport, said: he said.

WHO ATTENDED TO OPENING CEREMONY?

Two Ryanair planes almost collide in the air near Pamplona

France, in Roubaix, reopens the museum in the Art Deco Pool