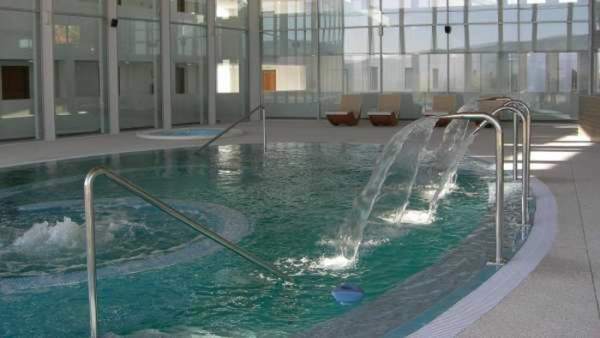 The Imserso Thermalism Program for the 2019 season will have 208,500 seats this year, the same as a year ago distributed among more than a hundred participating spas, with the aim that the elderly can enjoy a vacation of health and relaxation and contribute also to the deseasonalization of the sector.

The deadline to participate in the new call for the program has been opened; it will take place between February and December 2019. The shifts will last 12 or 10 days (eleven or nine overnight stays each) on a full-board basis. The first will start in February and the last will end in December, according to the calendar established by the organization in the call.

The spas that participate in the program are distributed in thirteen of the 17 CC.AA. and in 108 thermal establishments of the 117 spas open to the public in Spain, which means the participation of 92% of those declared of public utility. They are divided between Galicia (19), Cataluña (15), Extremadura (11), Andalucía (11), Aragón (10), Castilla-La Mancha (9), Comunidad Valenciana (7), Castilla y León (7), Cantabria (6), La Rioja (4) and País Vasco, Navarra and Murcia with three in each case.

The services included are accommodation and meals on a full-board basis and in shared-use double rooms, as well as a collective tourist insurance policy. The basic treatments include the medical examination of the pensioner upon entering the spa to prescribe the appropriate treatment for each person; basic thermal treatment and medical monitoring. The price, which is closed, includes services such as accommodation and meals under full board and double rooms for shared use.

Those interested in applying for a place must complete the application in the General Directorate of Imserso, in any of its territorial centers or in the bodies designated by the different autonomous communities. It can also be done online through the Imserso’s electronic headquarters. The application can also be downloaded on this website.
Who can choose and what requirements are requested

Retirees or disability pensioners can opt for a place; pensioners for widowhood older than 55 years; those over 60 who are receivers of unemployment loans and all those over 65 who are not retired. Also people of Spanish nationality residing abroad, as long as they receive a Social Security pension.

The allocation of places is made according to the score obtained after assessing issues such as age, monthly income of the applicant or the medical situation and depending on the spas and shifts requested. Participation in the program requires a prior assessment of the applications and the degree of need for thermal treatment.

The monthly income of the applicant and, where applicable, of his or her spouse, and the age are also assessed. In addition, to obtain a place, it is valued whether or not they have applied for it in the previous two years and have not enjoyed the Program in the last or next to the last year. Also if the applicant is a member of a large family and its category.

This initiative that brings thermalism to the elderly was born in 1989 with the aim of improving the quality of life of our elders. In this edition, the Imserso will contribute to the financing of the cost of places with an average economic contribution per square of 171.92 euros slightly higher than last year, ranging between 131.9 euros and 219.87 euros, depending on the type of shift and the month of its development.

Failures and delays: The worst air links in Europe