The western Liguria and the macchia - Best Places To Visit

The western Liguria and the macchia

Not just beautiful beaches and blue sea. The western Ligurian is known throughout Italy for its famous seaside resorts. But turning for a moment the shoulders to the coast and climbing on the slopes that from Finale, Pietra Ligure, Loano and Varigotti go inland, between ancient villages and postcard landscapes suspended between the blue sea and the green of the Mediterranean scrub, discovers a territory of rare beauty.

Cliffs overlooking the sea, paths that are lost among pine and millennial olive trees, natural terraces from which it often happens to spot dolphins and whales. A paradise for lovers of outdoor activities, blessed with a mild climate that makes it accessible all year round and equipped with an extensive network of trails that connects some of the most beautiful villages in Italy.

A natural and cultural heritage still little known – if not by enduro and climbing enthusiasts who for years have made the rugged and wild hills of Finale and Val Maremola their Mecca – that the Liguria Region has chosen to enhance in the context of Intense European project, which collaborates with Tuscany, Sardinia and the French partners of Corsica and Paca (Provence, Alps and Côte d’Azur) to develop a sustainable and seasonally adjusted tourism through cycling and hiking trails. 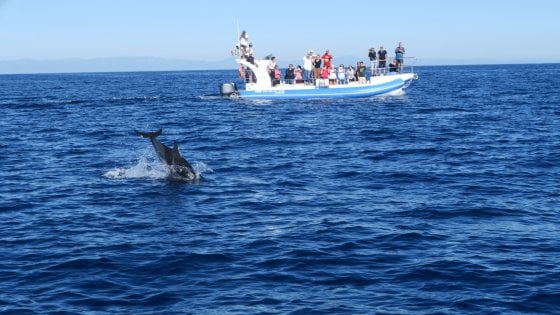 This is how the Liguria Path was born, a 675-kilometer long ribbon that runs through the whole region, from Luni to Ventimiglia, passing through picturesque alleys and then emerging amidst expanses of brooms, vineyards and holm oak woods, between devotional places and ancient Roman roads . Thirty stages marked by specific signs – yet to be increased – passable on foot or by mountain bike, with lots of variations to make them suitable for all hiking needs and link the trail to some of the most beautiful historic villages.

In the Finale area the Liguria path can be reached from the ancient fishing village of Loano, founded in pre-Roman times by a group of families who moved on the coast from the hinterland. In addition to the long beach that runs along a mirror of the sea among the most evocative of the Ligurian Riviera, it is worth exploring the historic center, getting lost in the colorful alleys, the imposing buildings decorated with frescoes and medieval churches. If you go through these parts in early July, you may come across a picturesque procession that shouts “Issa! Brassa! “Brings the Madonna della Visitazione to” salute the sea “. It is the feast of the Sea, in memory of the religious procession that in the seventeenth century put in flight with candles and torches the pirates who wanted to put the city on fire, convinced, in the darkness of night, to find themselves in front of a defensive garrison.

Not far away, on the slopes of Mount Ravinet, you can explore the ancient pastoral farms of Boissano. Characteristic stone constructions, now abandoned, that once housed families dedicated to pastoral and agricultural activities. And it was in Boissano that, in the sixties, Marie Louise Jeanneret, nephew of the great Swiss architect Le Corbusier, set up the “International Center for Artistic Experimentation” in the Mogli district. An experience that for some twenty years brought some of the most innovative artists of the time to the Ligurian hinterland. From Picasso to Giacometti, from Fontana to Pistoletto, to Andy Warhol who in 1974 exhibited his Mao.

The area is dominated by the imposing summit of Monte Carmo, one of the most recognizable in Liguria. From its 1,389 meters, on clear days, you can see the profile of Corsica and Monviso. A destination for hikers, enduro enthusiasts (who hosted the World Series last year) and mountain biking, around the Monte Carmo there is a network of tens of kilometers of trails and tracks. The Monte Carmo Outdoor digital platform – launched by the municipalities of the area in these days – collects them and aims to make it a point of reference for outdoor activities, from trail running to e-bikes.

Between an excursion and the other it is worth stopping for a rest stop at the Rifugio Pian delle Bosse, located in a beautiful clearing with sea view surrounded by beech, chestnut and birch. Built in the seventies by the Cai of Loano, it was taken over ten years ago by a couple of Tuscan boys, who gave him life by focusing on sympathy and home cooking.

Going back towards the sea, you enter the narrow alleyways of the coastal village of Pietra Ligure, which owes its name to the ancient stone castle that dominates the bay.
A little further on stands the sighting tower of Borgio Verezzi which together with the nearby Finalborgo is part of the circuit of the most beautiful villages in Italy. A municipality divided into two hamlets: Borgio, on the sea, and Verezzi, with its four enchanting Saracen villages perched on the hill of Orera. Ancient pink stone houses that seem set in the rock, connected by narrow mule tracks. It is here that since 1967, in the splendid viewpoint of Piazza Sant’Agostino, the important theatrical Festival of Borgio Verezzi is held.

One can not but reserve a visit to the caves of Borgio Verezzi, called “Valdemino”, the most colorful tourist caves in Italy. A labyrinth of stalactites, stalagmites, cannulas and underground lakes that stretches for five kilometers in a thousand shades of white, yellow and red thanks to the particular mineral composition of the rocks. The large and evocative rooms through which the tourist route winds are also used to host masses, weddings, concerts and theatrical performances. 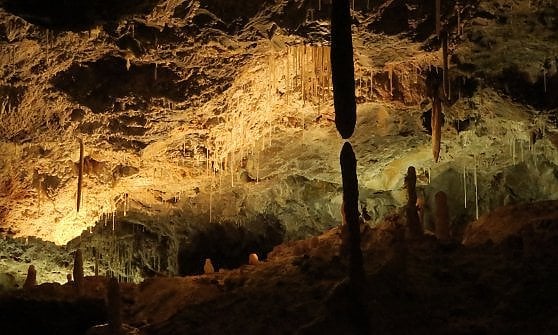 Also to be discovered is the Museum of the tower clock of Bardino Nuovo, the first of its kind in Italy, established in 1997 following the death of Giovanni Bergallo, the last watchmaker of the homonymous family.

A collection of monumental watchmaking produced from the seventeenth century to the present, carefully restored by Sergio Bendo, founder and director of the Museum, which accompanies visitors in its rooms retracing the history of mechanics along with that of the clock.

Finally, a must-see is Varigotti, an ancient medieval village overlooking a natural inlet where one of the most important ports of the Mediterranean stood. If the port was buried by the Genoese in 1341, the network of paths that connected it to the Ligurian hinterland and to Piedmont is still intact and has some of the oldest and best preserved pavements in Liguria. You can spend an entire day walking through the Sentiero del Boriolo, the medieval path of Noli or the Path of the Pilgrim, restored in 2015, which touches the picturesque Church of San Lorenzo, climbing the spur of rock that dominates all that now call the Baia dei Saraceni. Delightful the panoramic balcony on the sea, from which it is not rare to sight the whales. It is no coincidence that the ancient Romans called this stretch of the Ligurian Sea “Costa balenae”.