Top Italian Cities for the Christmas Holiday and Rising Tourism

Good news for Christmas from ENIT, the national tourism agency led by Evelina Christillin. According to the numbers released by the marketing and promotion manager Maria Elena Rossi, arrivals in Italian airports for the period between December 18 and 31 are up 1.2% (123,847 passengers excluding charter flights) with a final estimate, for Christmas holidays alone, 183,806 landings, with a positive balance of 2.3% on 2017.

The figure for arrivals from the United States is significant, up 25% thanks to numerous factors, from the strong dollar to the conditions of the economy, and of those from Germany, up by 3%. In general, scrolling through the departure cities of the holiday flow, one notices the booming growth of airports such as Los Angeles, San Francisco, Boston, Dallas, Detroit, Miami and to a lesser extent New York and Atlanta but also Shanghai. Instead, as always, the city of tourists originated, Paris, London, Frankfurt, Barcelona and St. Petersburg, although Moscow returned to a very positive sign.

Where do these Christmas tourists fly? During the conference dedicated to tourism and big data at the Enit headquarters in via Marghera,  the promotional agency has underlined the growth of airports like Cagliari, Olbia, Catania and Pisa – with double-digit increases compared to the same period last year – with good numbers also for Rome (+3.4 %), Milan (+ 2.2%) and Naples (+ 9.6%). Bari, Palermo, Turin and Bologna descend. All figures extracted from the new data analytics tools available to the agency. 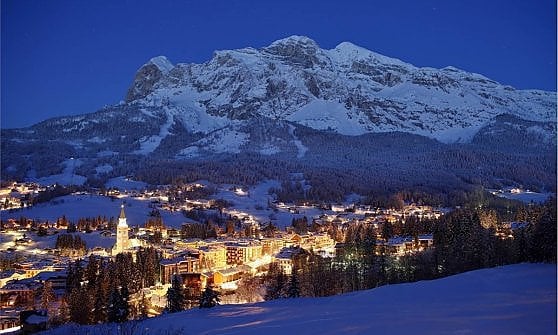 As for the structures, the bookings for the period 18-31 December see – thanks to the numbers collected with Expedia – sold out in Cortina d’Ampezzo, Courmayeur, Cogne, Madonna di Campiglio, Selva di Valgardena and Roccaraso with percentages of filling hotels and apartments that range between 90 and 95%. In the cities of art, on the other hand, there is practically no more place – more than a month after festivities – in Trento and Bolzano, 85% of full structures in Venice and Matera, 80% in Bologna and Florence while – by virtue of the different accommodation capacity – there are still solutions in Rome, Milan and Naples that oscillate on 75%.